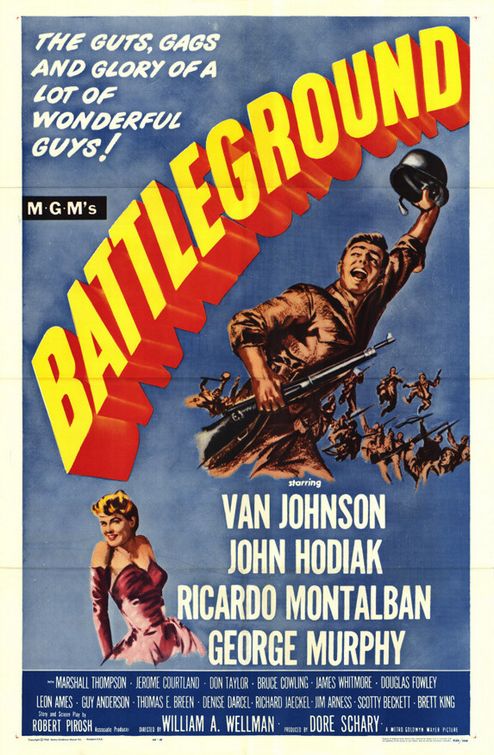 This one’s uncomfortable blend of gritty realism and jokey contrivances keep it from having aged flawlessly, but its darker elements make it astonishing for its time. Based on true events and apparently made over the objections of studio head Louis B. Mayer, the film surveys the personalities of the 101st Airborne Division, who held out in the snowy mountains near Bastogne during the Battle of the Bulge, surrounded by German tanks and soldiers, unable to count on support from the air force thanks to a heavy fog that refuses to lift.

Cold, hunger, boredom and longing for home infect human interaction while trying to do something as simply civilized as make eggs for breakfast is an adventure in skill and cunning for PFC Van Johnson. The photography genuinely convinces you that you are stuck on a mountain with these men, creating a mood that survives the strange combination of what the director was intending as realism but couldn’t pull off, because of what feels like executive pressure for silly hijinks to help sell it better.

The result is mixed, moments of Hogan’s Heroes parachuting down into Saving Private Ryan, and not consistently riveting, but the performers (many of whom were never this intense or natural in anything else) are all outstanding and many moments are deeply moving.