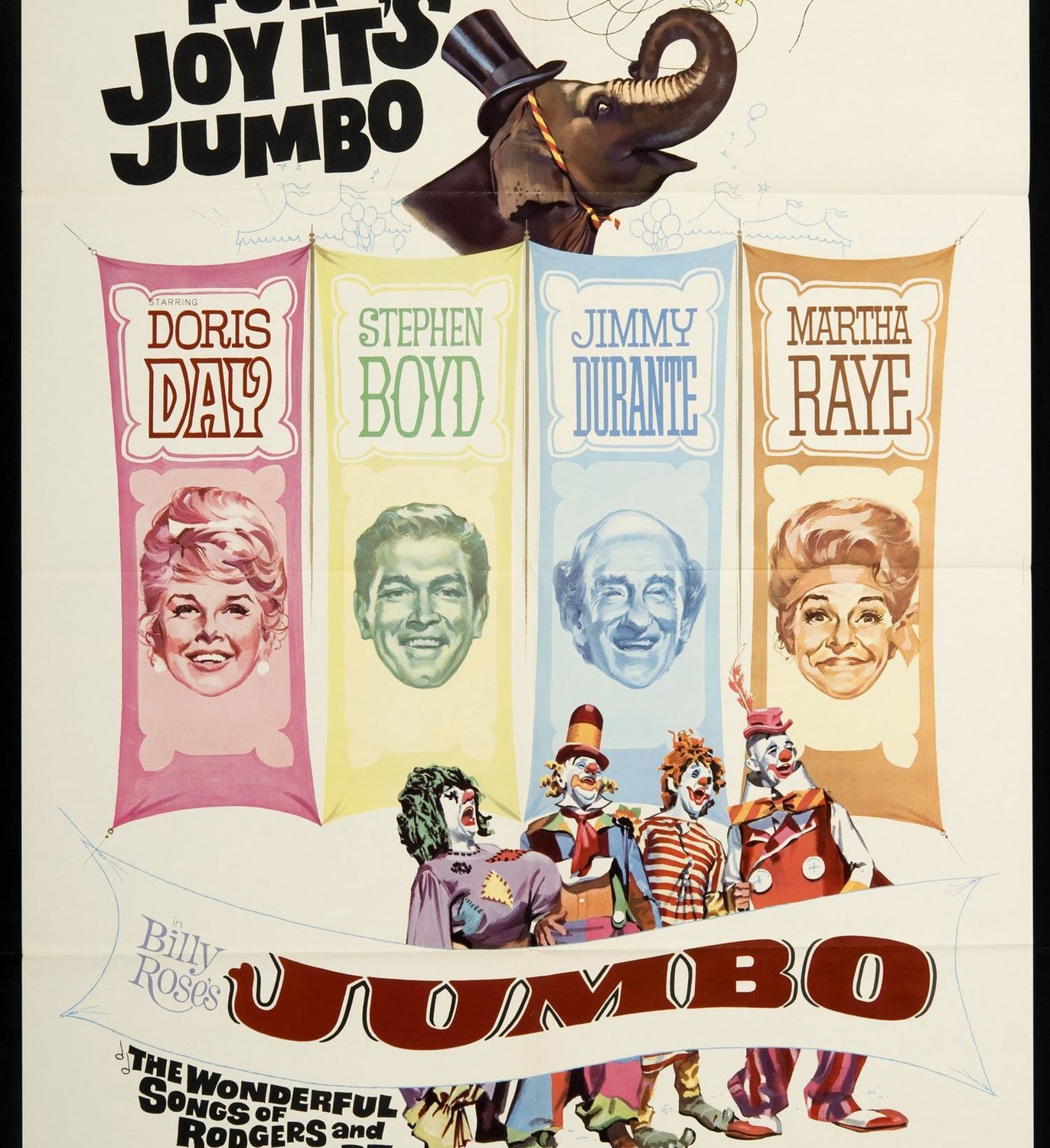 Undercooked clunker that brings Billy Rose’s Hippodrome extravaganza to the big screen with unimpressive results. Doris Day and Stephen Boyd play lovers who work for her father’s circus, a debt-riddled travelling show whose main attraction is an incredibly talented elephant who can dance and do tricks.

Day’s father (Jimmy Durante) spends most of the show’s earnings on his gambling addiction, making it very easy for a rival entertainer to come in and threaten his ownership of the show despite all of our feisty heroine’s efforts.

Lacking the verve and energy that better films like The Greatest Show On Earth or Annie Get Your Gun had, this one gets nothing from Day’s strong presence and is instead a dull affair with an average musical score and a plot that is far too predictable.

Jumbo is a wonderful star, as delightfully charismatic as any pachyderm has ever been on the big screen, but he’s given too little screen time; Boyd, who is terrible, is given far too much, while Martha Raye (as Durante’s fiancee) is wasted. Lovely photography, though.