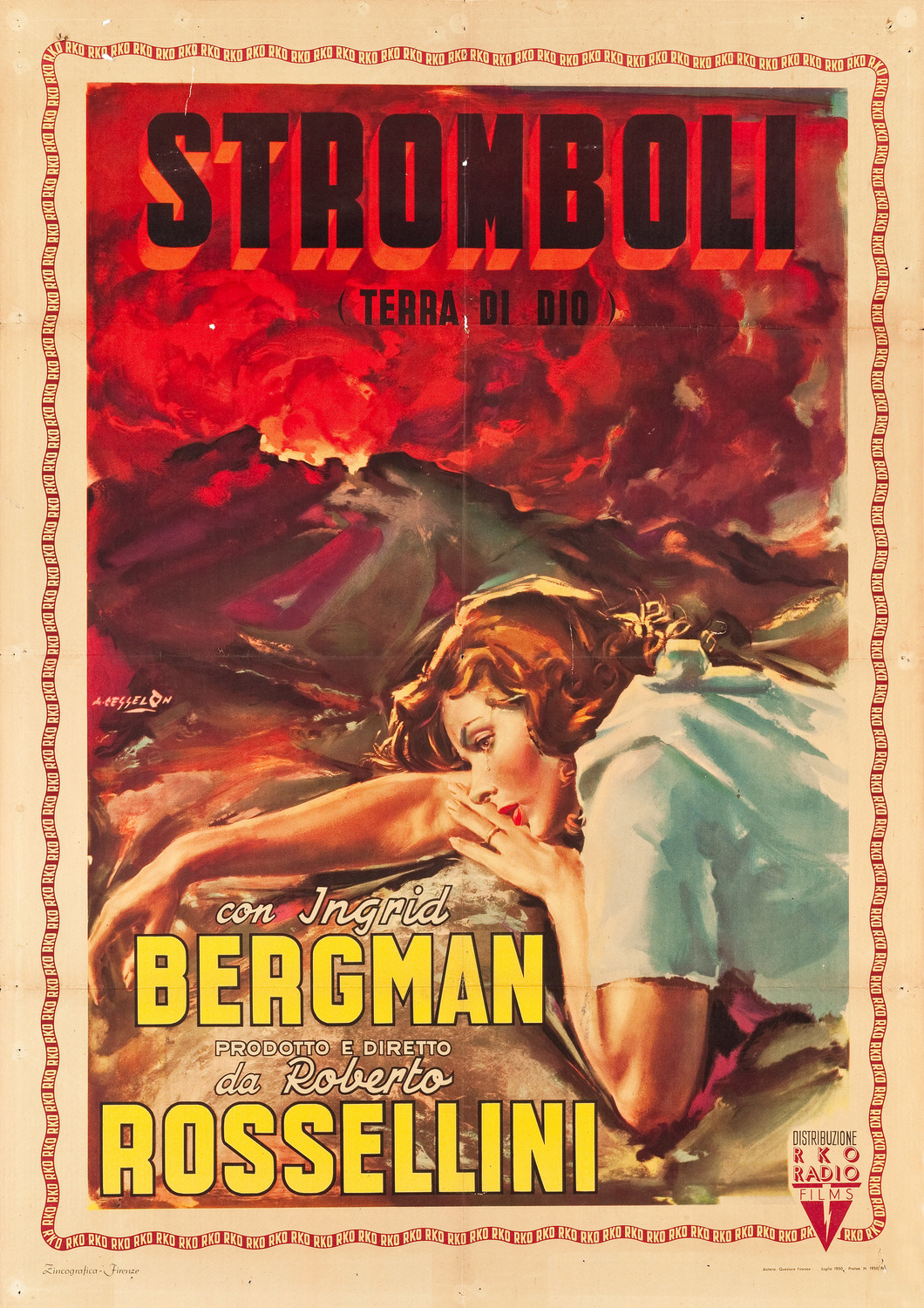 Ingrid Bergman‘s captivating performance and gorgeous location photography drive this Roberto Rossellini curiousity, a wonderful drama that is marred by an emphasis on soap opera rather than the neo-realism that made his work so famous in the first place. Those unfamiliar with his grittier works won’t mind at all, instead taking in the sun as Bergman navigates her way from a displaced person’s camp in mainland Italy at the end of the second World War to a desolate island village with her new husband, a handsome soldier who sweet-talked her through a barbed-wire fence during her encampment. Upon arrival on the island of Stromboli, whose fishing village has been mostly abandoned by people anxious to try their fortune in America, Bergman is immediately undone by the backwards local women who reject her for being ‘immodest’ and the complete boredom of a place with no culture or nightlife. Her frustration with her ignorant husband mounts until she decides it’s time to hit the road. An outlandishly ridiculous ending, ripe with religious overtones, ruins what was until then a perfectly enjoyable film, but what’s more fascinating is the news story that helped promote the film in the press: Bergman’s affair with Rossellini, outside of wedlock and resulting in her pregnancy, got the film condemned by religious figures and Bergman was exiled from America for six years, while the box office rang to the tune of $1 million dollars in the film’s first day of release thanks to the scandalous publicity.