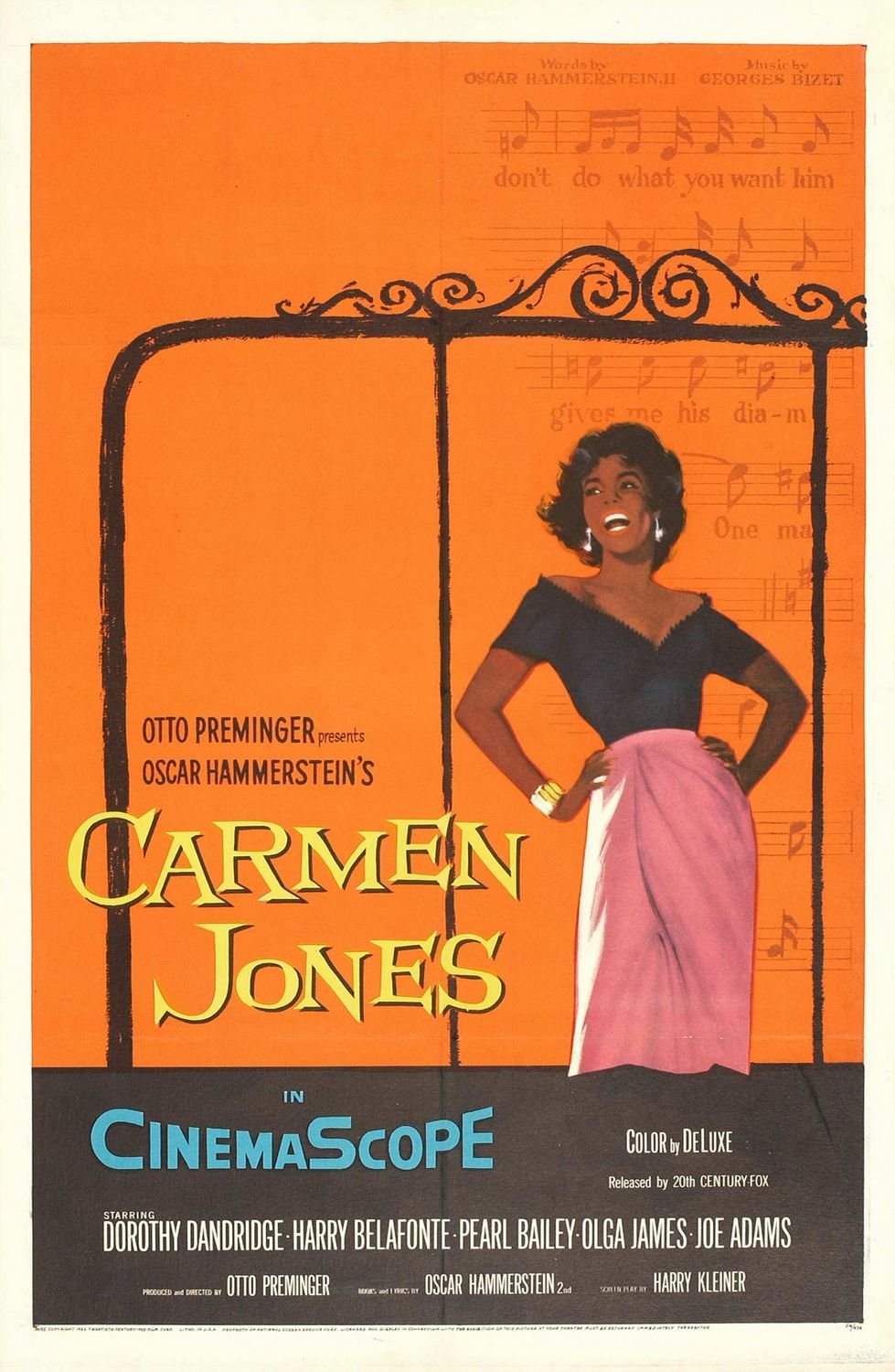 Otto Preminger made history when he decided to bring his all-black stage production of the Oscar Hammerstein II adaptation of Bizet’s opera to the big screen. Dorothy Dandridge won the lead role, the sassy vixen of the title who works at an umbrella factory during the second World War and wins the affection of a wayward soldier (Harry Belafonte).  She treats him poorly, but as she says in her song, “Dat’s love!” The music sounds great (the two leads had their vocals dubbed by opera singers), the cast is energetic and the colours vibrant, and the film shines with pointed rebellion even after fifty years. Dandridge became the first African American actor to be nominated for an Academy Award in a leading category, though her career never quite reached the same height again. If you like this movie, you absolutely must see the excellent made-for-cable film Introducing Dorothy Dandridge starring a brilliant Halle Berry in the lead.