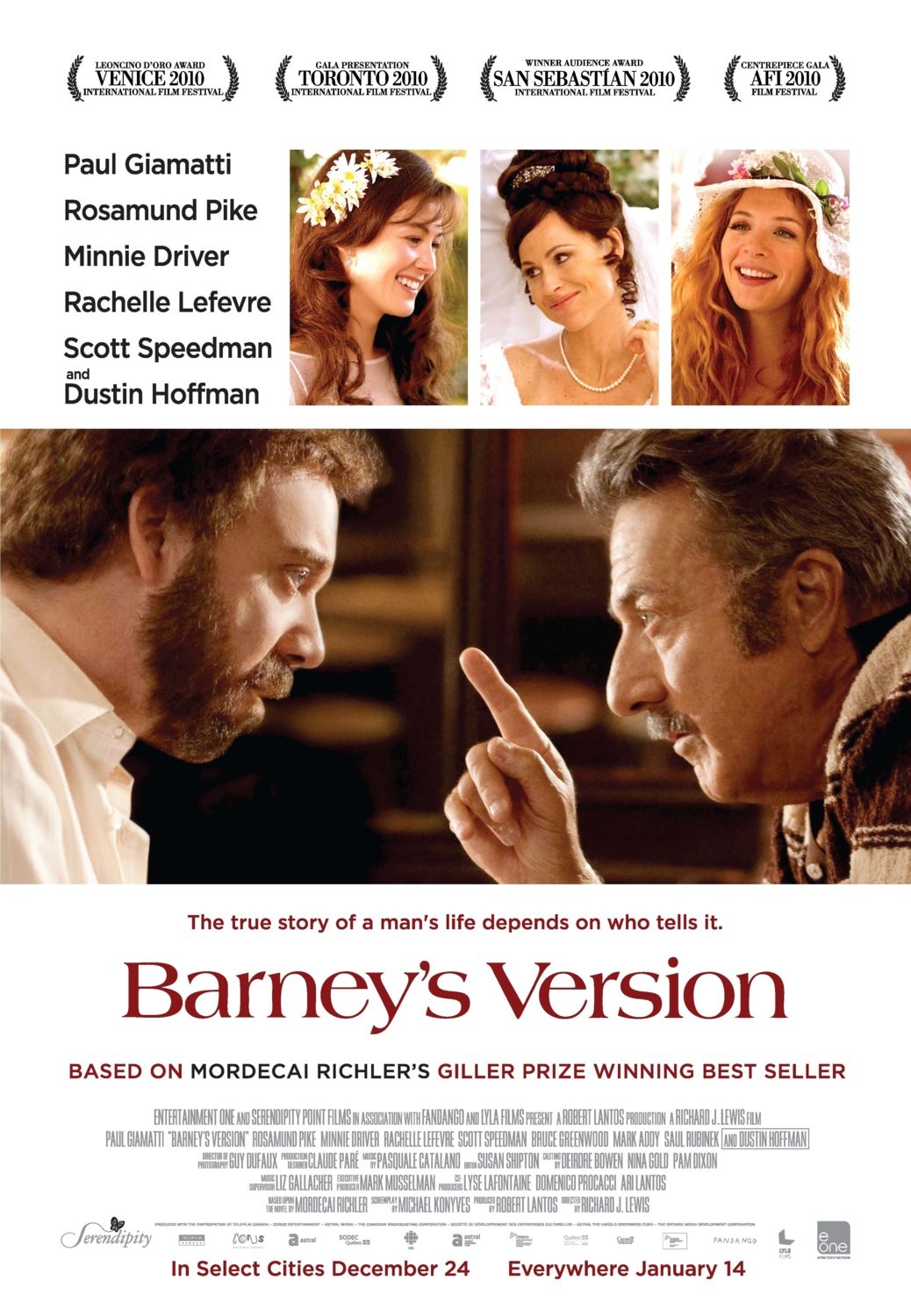 Barney Panofsky (Paul Giamatti) marries a crazy artist (Rachelle Lefevre) in Rome, later a mouthy, rich Montreal Jewish girl (Minnie Driver) and, following the divorce, finally settles down with the love of his life (Rosamund Pike), a woman he met at his second wedding. This adaptation of Mordecai Richler’s final novel is a watered down appreciation of its source, retaining all the warmth and humour that the author put into his writing and including enough witty characterization to almost make up for the lack of acerbic first-person narration that made the book so rich.

As moving and enjoyable as it is, however, it’s an odd and simplistic reading of the novel: Panofsky’s reason for “writing” the book was to defend himself against his nemesis and alter ego Terry McIver, who has written a memoir holding Panofsky responsible for two murders, one subtly implied and the other official. This relationship, which defined the narrative and against which the women were background, has been completely done away with and the murder plots have been short-shrifted in favour of an emphasis on gooey romance.  While I’d never claim that it could be easy to adapt what Richler wrote into a zippy film, I think it’s pretty safe to say that the meaning has been significantly changed.

What keeps it from being forgettable, however, are the sparkling performances, with Giamatti and Pike perfectly cast in the leads, while Driver and Dustin Hoffman (as Panofsky’s father) steal their every scene. Their poignancy, however, surrounds a hollow centre, which is a shame given how well the book’s most memorable moments are dramatized.