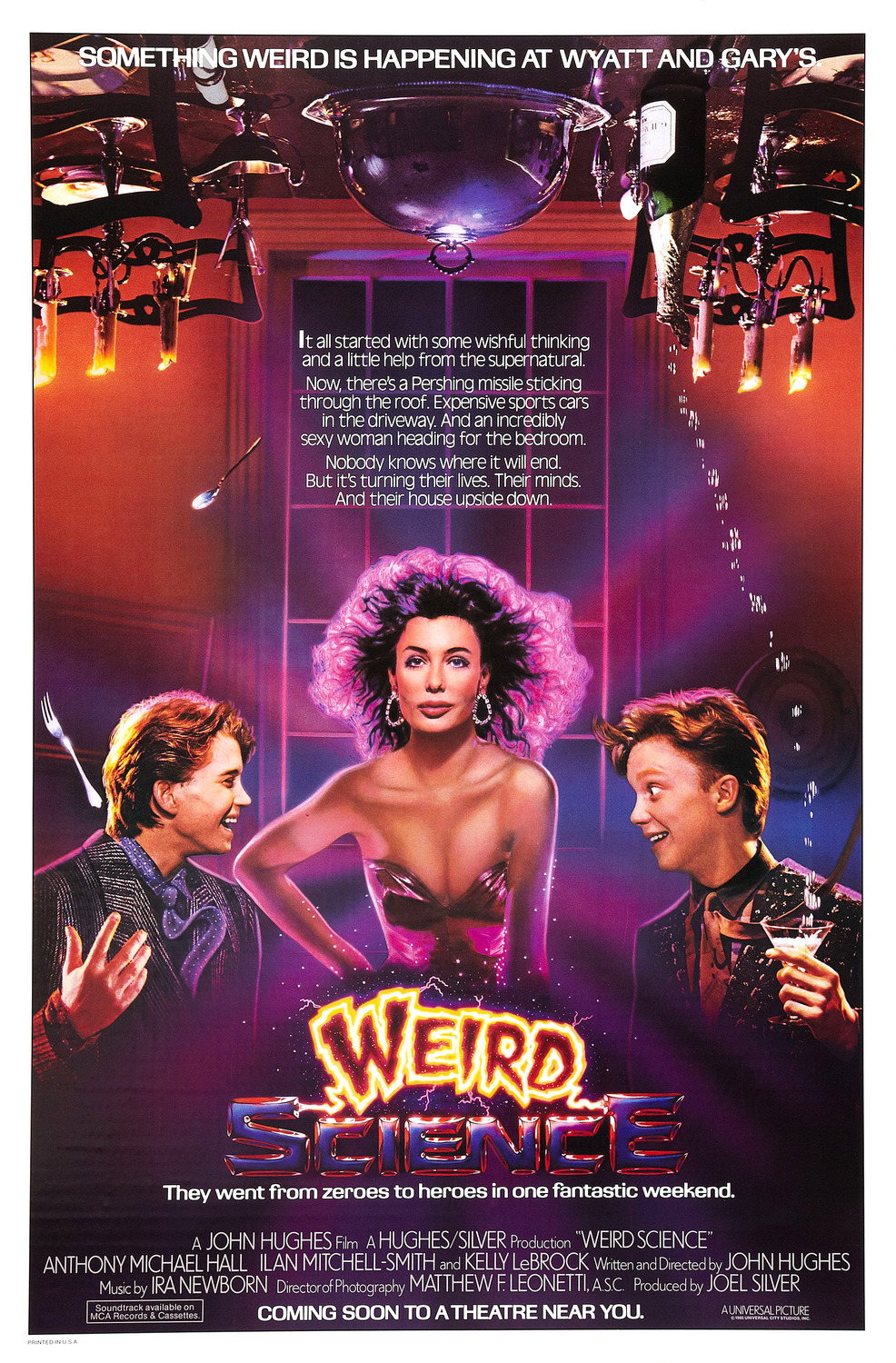 Two teenage geeks (Anthony Michael Hall, Ilan Mitchell-Smith) grow tired of being the butt of all jokes at school, deciding to take their frustration to their computer screens. They design a ‘perfect woman’ with their machines, who somehow magically comes to life in the form of ‘Don’t hate me because I’m beautiful’ Kelly LeBrock. At first thinking they’ve got the perfect sex slave on their hands, LeBrock turns out to be a thinking machine as well as everything else, taking these boys on a journey towards maturity that they’ll never forget.  Bill Paxton developed a cult following for his goofy portrayal of Mitchell-Smith’s insensitive older brother, while the film, the strangest in the John Hughes teen-movie canon, remains a perennial comedy favourite. It’s completely silly stuff, but it’s also fun, clever and memorable.