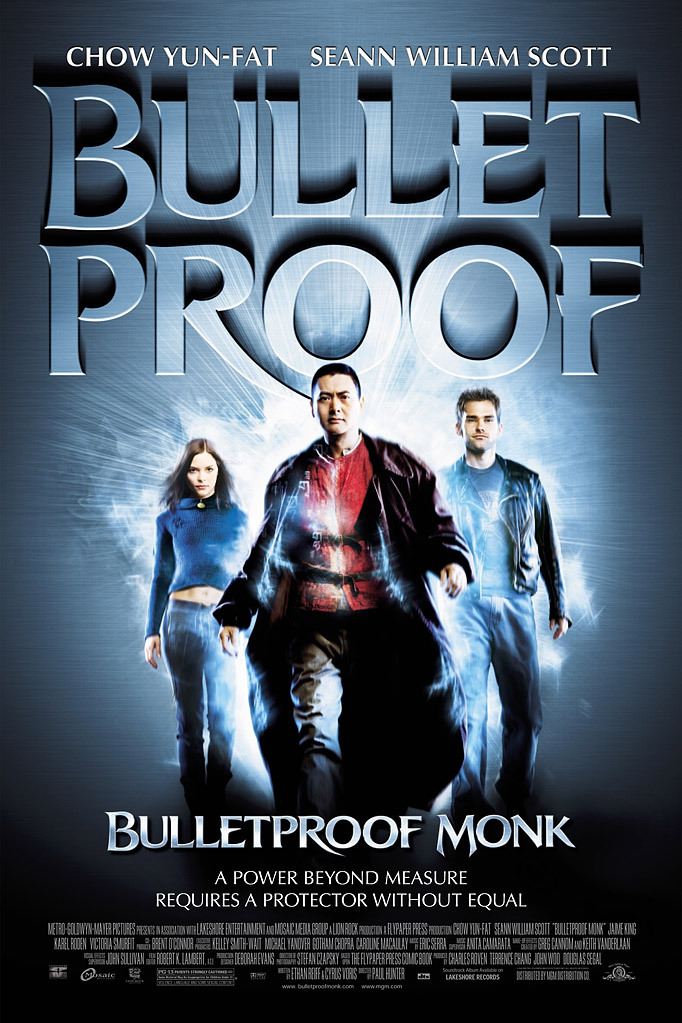 Yun-Fat Chow plays a Tibetan monk who is chosen to protect a sacred scroll that holds powers of universal domain. One of the powers the scroll holds is to keep its protector young and healthy for sixty years while he protects it, and so Chow keeps the scroll intact from 1943, when it is being hunted by a desperate Nazi (Karel Roden), until 2003, when the now much-aged Nazi and his wilful granddaughter (Victoria Smurfit) are still around searching for it.

The monk ends up enlisting the help of a petty-thief/cinema projectionist (Seann William Scott) who may just turn out to be the scroll’s next protector. Along with a mysterious street girl (Jaime King), the three of them fight the forces of evil, kick some martial-art ass and save the day.

The qualities lacking from this movie to make it in some small way worth the effort are so numerous that they can’t all be mentioned. However, we can begin with insipid direction that can never decide whether to take the story seriously (a la X-Men, which like this one was also based on a comic book) or go more satirical and tongue-in-cheek.

Chow is incredibly boring in the lead, and has no chemistry with his co-stars. Scott is a very funny and enjoyable actor who here manages to show none of the charisma he has previously shown in the many idiotic comedies he has made. The fight scenes are poorly choreographed with awkward editing that makes them too confusing to follow, and it doesn’t help that the story itself isn’t worth paying a damn’s worth of attention to either.