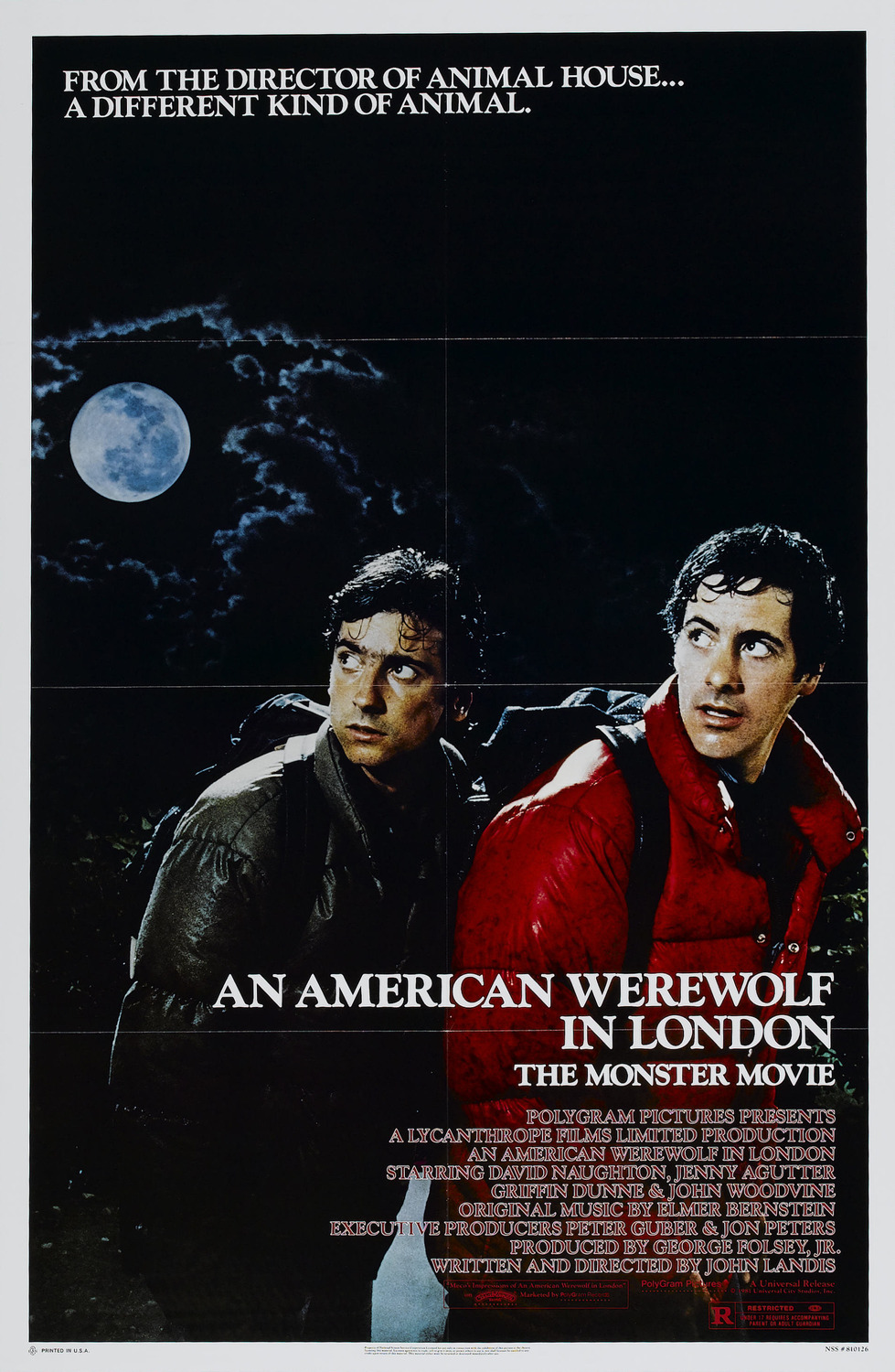 Griffin Dunne and David Naughton are two friends travelling through Europe who spend an evening hiking the spooky moors of England and realize that they need shelter from the cold. They take refuge in a strange old pub whose inhabitants treat them with fear and suspicion. They have no idea why until they leave the place and are attacked by a werewolf, with Dunne being killed in the skirmish and Naughton barely surviving.

A few weeks later, his deceased friend starts to visit our hero in what he thinks are dreams but what actually turn out to be preparation for a new life: the minute the full moon fills the sky, Naughton becomes a howling menace who terrorizes London with his murderous ways. John Landis does a terrific job of taking classic werewolf movies and updating them to the eighties, employing a bouncy, enjoyable pace, some overwrought sexual menace (the kind of tension that the older films were definitely missing) and Rick Baker’s deservedly Oscar-winning makeup effects (awarded the first year that the category was actually created by the Academy). It’s a wonderfully good time.

One thought on “An American Werewolf In London (1981)”