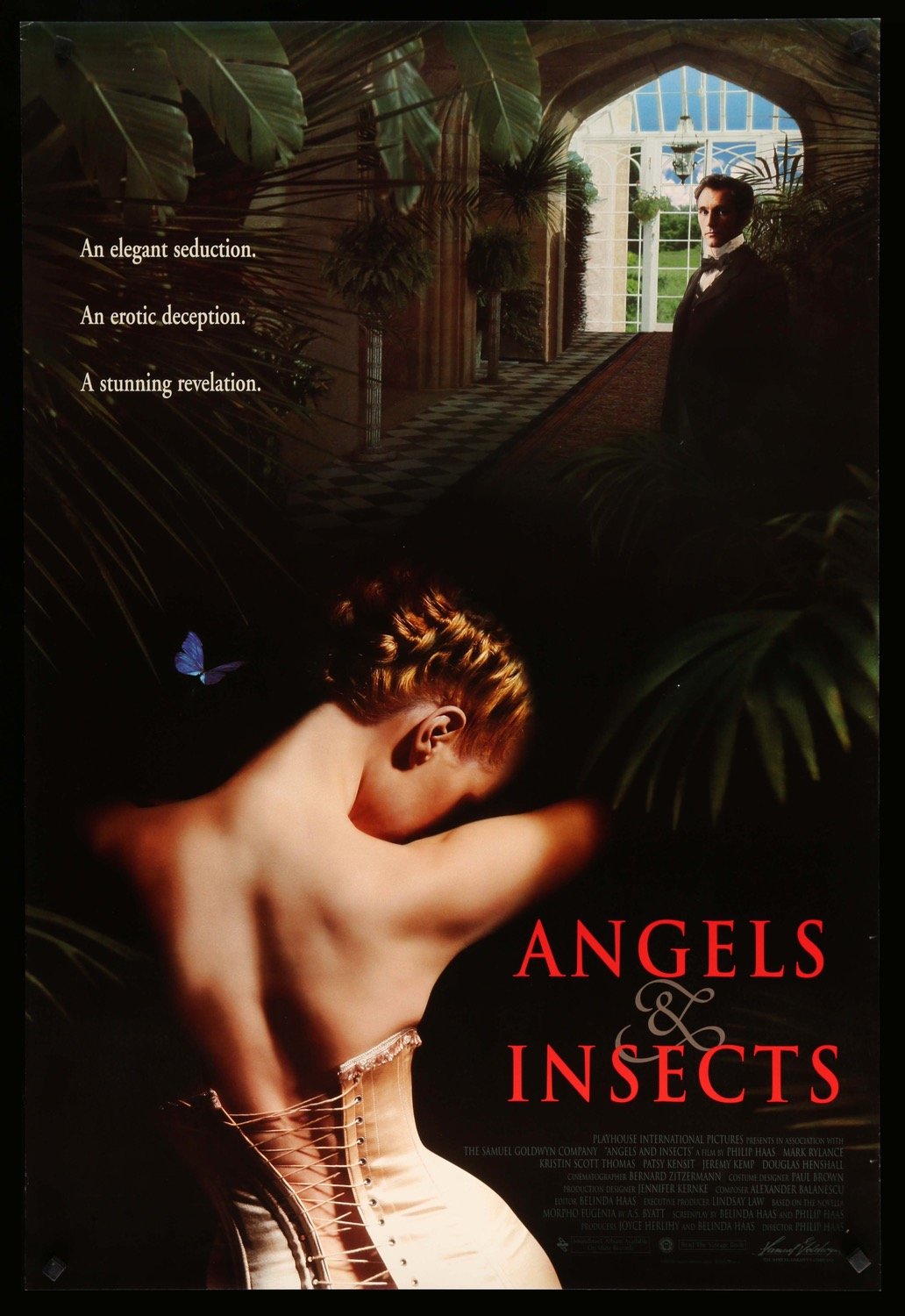 Riveting costume drama that looks to reveal the grimy underbelly of proper Victorian society. Mark Rylance is irresistible as a scientist researching insects who is invited to study at the home of a wealthy benefactor, eventually falling in love with the young lady of the house (Patsy Kensit) and marrying her. What he doesn’t know is that Patsy’s up to no good with a certain other resident of the household and upon finding out about it, Rylance realizes that creepy crawly bugs definitely aren’t the grossest things that could be found in this home. Kristin Scott Thomas is perfect as the poor relative/hanger-on who bewitches Rylance with her immediate camaraderie and stylish intelligence. Wonderfully directed by Philip Haas, the film has a visceral modern look, even for a period piece.