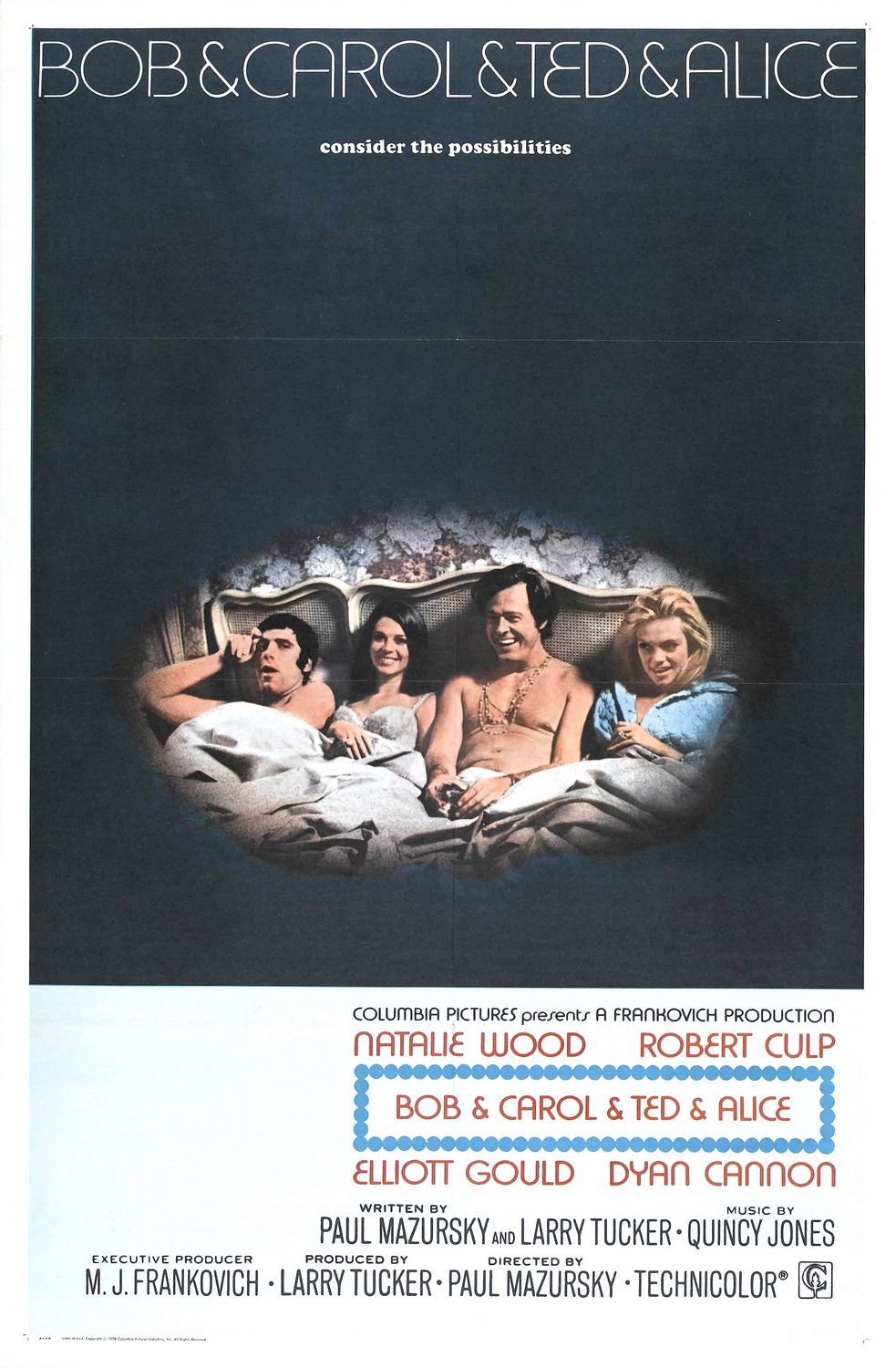 Natalie Wood and Robert Culp play a married couple who attend a group therapy retreat session as research for one of Culp’s documentaries. They find the experience of being with honest and frank people so powerful that they decide to start living it for real, telling their friends their feelings about everything and disclosing to each other their own extramarital affairs in the name of candour.

Their best friends Dyan Cannon and Elliott Gould are both impressed and appalled at this couple’s new “modern” attitude, forced to examine their own feelings about monogamy.

This hilarious and intelligent look at the future of marriage in the ever-changing twentieth century is both dated and modern: there is no end of late-sixties terminology to make it really seem like a moment in time, but its look at the mundane, conservative normality that lies beneath every human’s desire to be different or radical could not possibly be more eternal, right down to the ironic final twist.

The performers are all terrific, with Cannon a standout in a subtle, intelligent performance that never overplays the frustration she is feeling at being yanked out of the past and into a modern way of thinking.