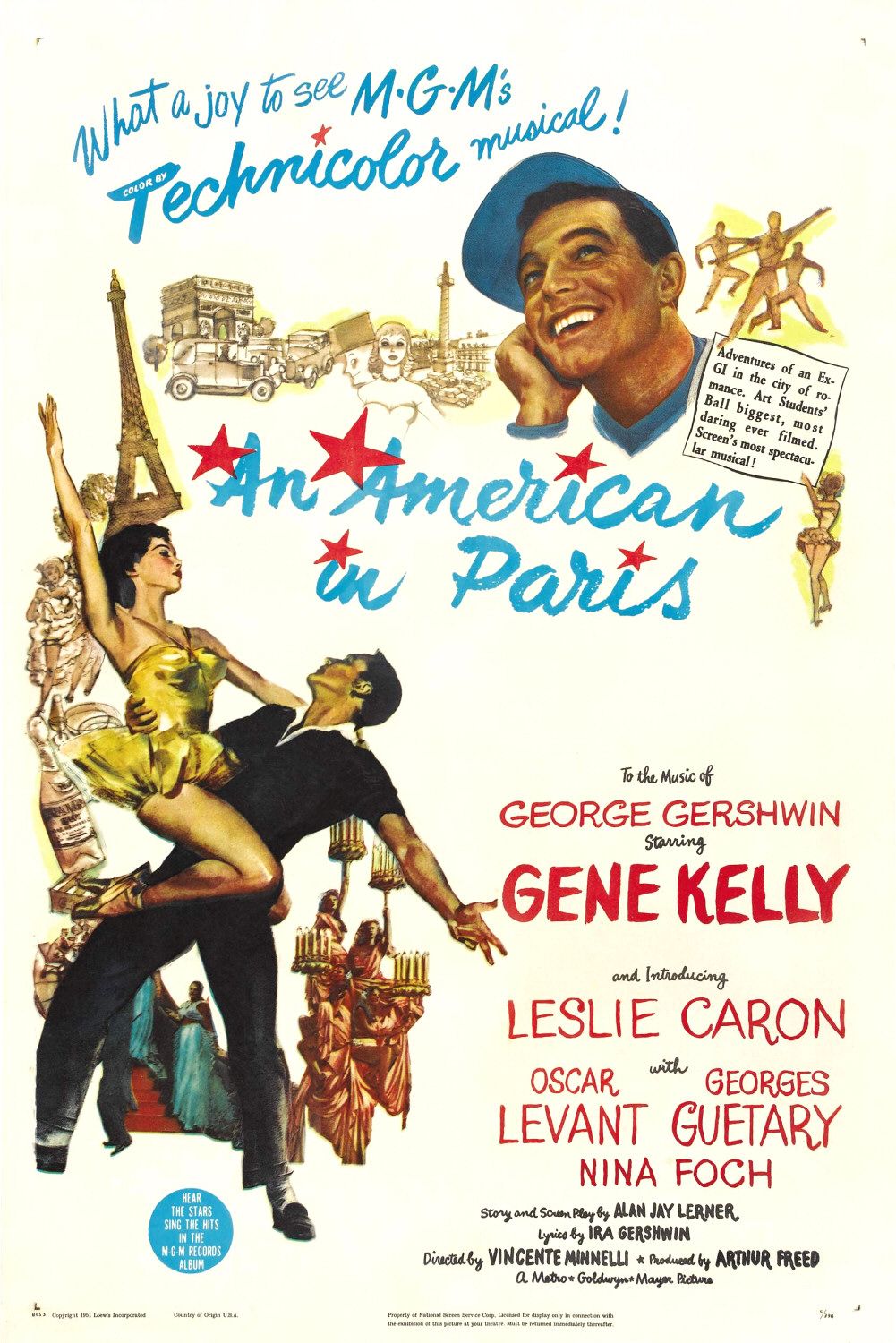 The visual splendor of this Vincente Minnelli musical has made it one of the most successful uses of colour film in cinema history.  Gene Kelly is perpetually charming as a Yank painter trying to make a living selling his canvases on the streets of Paris. Constantly looking for the perfect inspiration, his muse comes along in the form of young Leslie Caron, and together they create beautiful ballet sequences set to George Gershwin’s best songs. A stunning near-twenty minute dream ballet ends the picture, and rather oddly considering it has nothing directly to do with the story. Not all the numbers in the piece are equally successful: the “I’ll Build A Stairway To Paradise” bit of this Oscar winner is a complete bore.