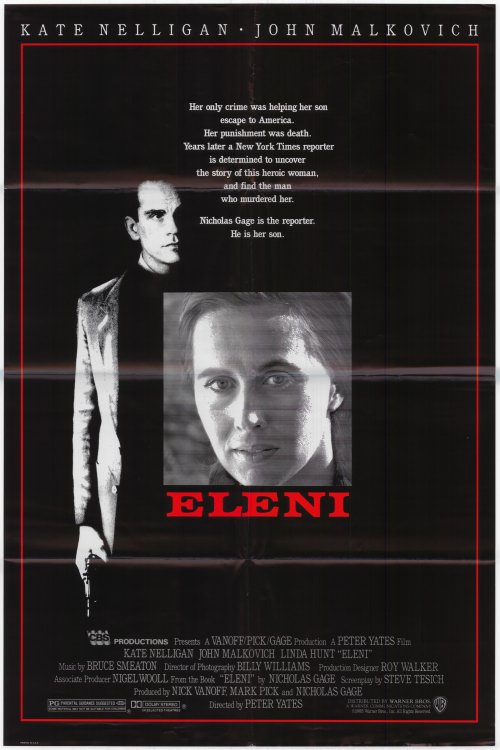 A Greek freedom fighter who was killed for resisting the communists during the Civil war of the fifties is the subject of this unevenly directed melodrama. Thirty years later, her son Nicholas Gage (whose autobiographical book is the basis of the screenplay) wishes to go back to Greece to discover the identity of her killer. Told in flashback, with authentic depictions of Greek culture and an excellent performance by Kate Nelligan as the title character, the film unfortunately doesn’t do as well as it should considering it has a script by Steve Tesich and is directed by Peter Yates. The drama unfolds without any notable craft, and there is no subtlety in any of the character development. Only those with knowledge of the story or its historical basis are likely to get something out of it.