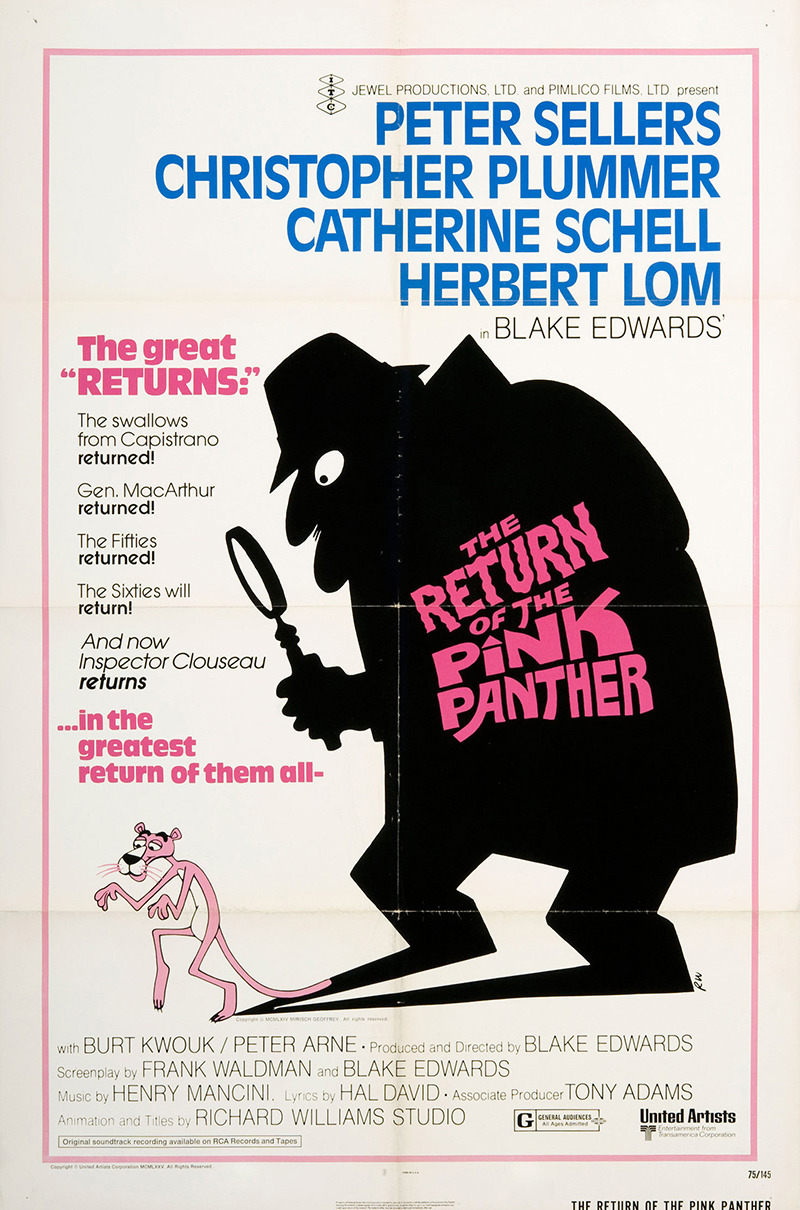 This hysterical comedy, the only Pink Panther movie made outside of United Artists (which is why the colourful feline never shows up in the credits or anywhere else in the film), is one of the funniest in the series. Returning to the role nine years after he last played it (and even increasing the accent), Peter Sellers stars as the bumbling Inspector Clouseau, who is brought into a new case when the famous Pink Panther diamond is stolen yet again. The only clue to help unravel the mystery is a white glove belonging to famous jewel thief Charles Litton (Christopher Plummer taking over for David Niven from the original film) which was left behind at the scene of the robbery. Clouseau insists that Litton is back in the game, but Plummer insists that he is not. Herbert Lom has a terrific time going crazy in his hatred of Clouseau, while Burt Kwouk is a scream as Clouseau’s personal valet Cato, whose fights with the Inspector are required to keep our detective constantly on his toes. Not as good as its predecessors, but really, really funny and better than the sequels that would follow it (The Pink Panther Strikes Again, Revenge Of The Pink Panther, Trail Of The Pink Panther, etc.).