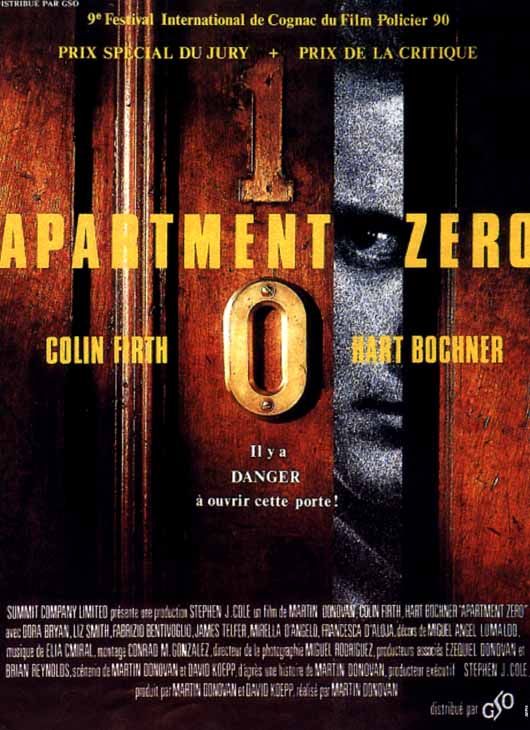 Colin Firth plays the owner of a failing movie theatre in Buenos Aires who decides that it would be economically wise to take in a roommate. What he gets is handsome and charming Hart Bochner, a devilishly smooth man who wins over other residents in Firth’s building while arousing suspicion in his landlord. Firth begins to think that Bochner is actually a serial killer who was once a hired assassin for the government, and his suspicion leads him to investigate the truth.

The ending has an extremely clever twist that you don’t see coming (maybe), but everything before it is far too flat and emotionally shallow to make it worth the effort. Its attempts to be sexy come off as cheap and gratuitous.