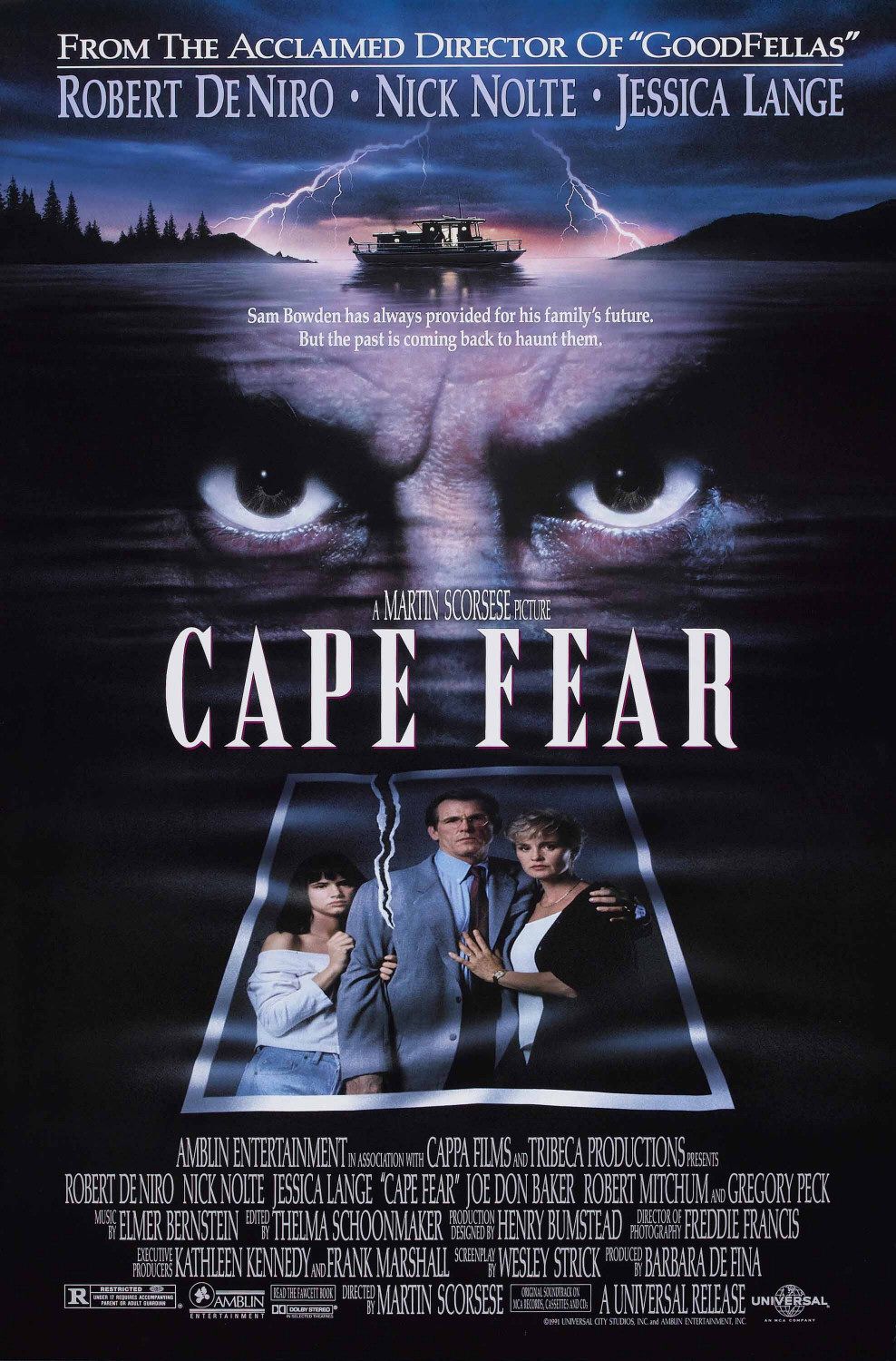 No one would have thought Martin Scorsese capable of such hackery, but here it is. His remake of the 1962 thriller is weakly written and boring to watch, gratuitous in its violence and shallow in its characterizations. The only high points are the excellent performances, notably Robert De Niro as a wickedly evil ex-convict who gets out of prison and stalks the lawyer who sent him down the river (Nick Nolte) and terrorizes him and his family as revenge.

Juliette Lewis puts forth more intelligence than most movie teenagers generally get to display as Nolte’s troubled daughter, and Jessica Lange is, as usual, excellent as his bewildered wife.

The climax, involving De Niro’s terrorizing the family on their houseboat, is so excessively violent that it ventures well into the realm of the ridiculous. Illeana Douglas makes a small, early career appearance as a victim of De Niro’s unappetizing sexual deviance, and if you’re not put off at the point of her disgusting fate then you might as well stay for the whole thing.