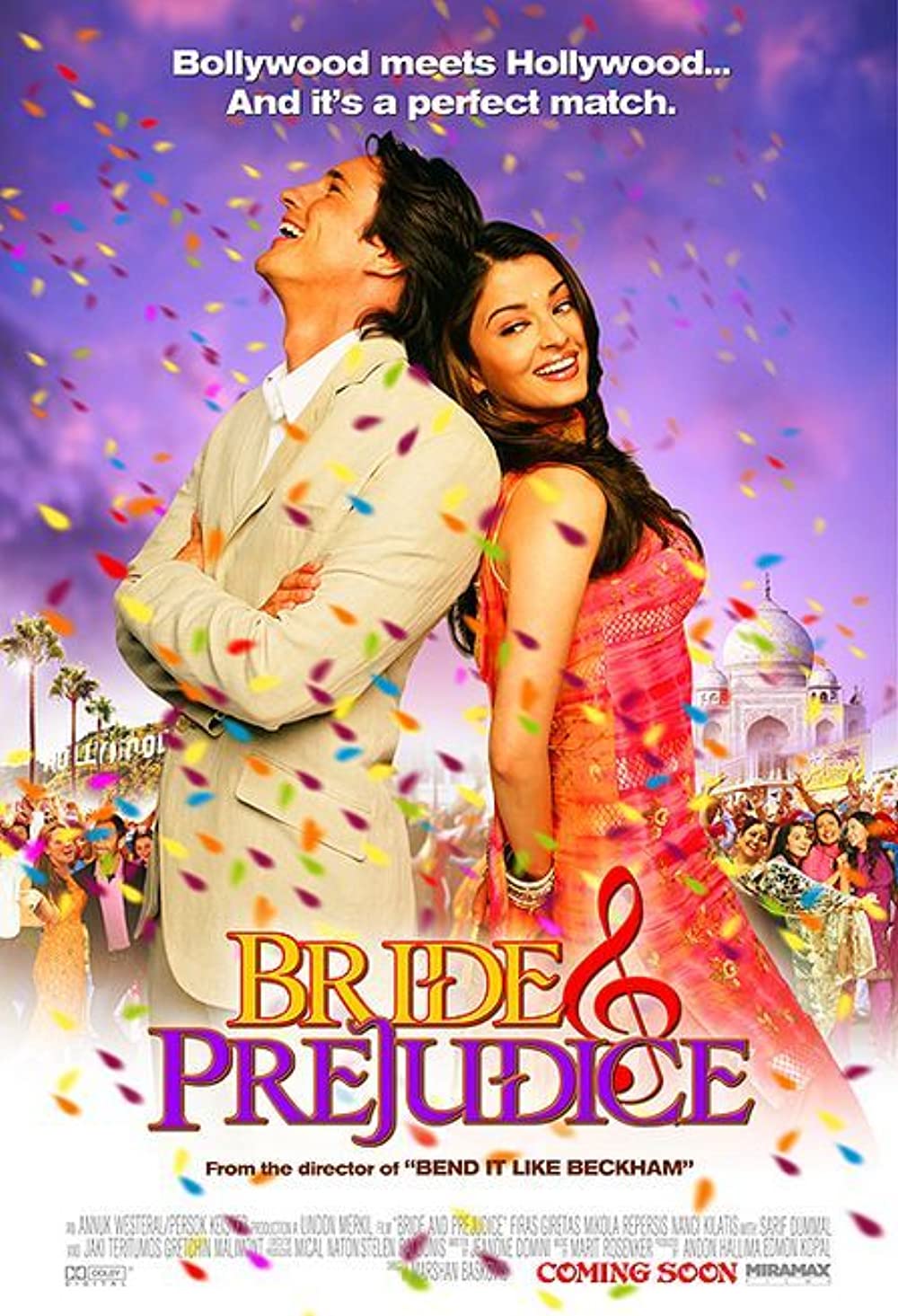 Jane Austen has rarely looked lovelier than when draped in the rich colours and delicacies of exotic India in this delightful adaptation of Pride And Prejudice by director Gurinder Chadha (Bend It Like Beckham).

Will Darcy (Martin Henderson), an American millionaire, comes to Amritsar, India for the wedding of a friend and ends up meeting forthright and confident Lalita (Bollywood superstar Aishwarya Rai), the two of them irresistibly attracted to each other but unable to connect without some kind of ethical argument ensuing.

Complicating things is the arrival of sexy Johnny Wickham (Daniel Gillies), Darcy’s sworn archenemy and a seemingly perfect match for our heroine.

Lalita’s three sisters, equally individual in their own ways, are also out and about looking for love and romance, while their ridiculous but loving mother does her best to find them suitable matches with serious cash.

Austen’s loopy characters have no problem moving to the modern era, and giving the story a cultural shift only enriches the material, particularly in their accomodating a host of bouncy musical numbers.