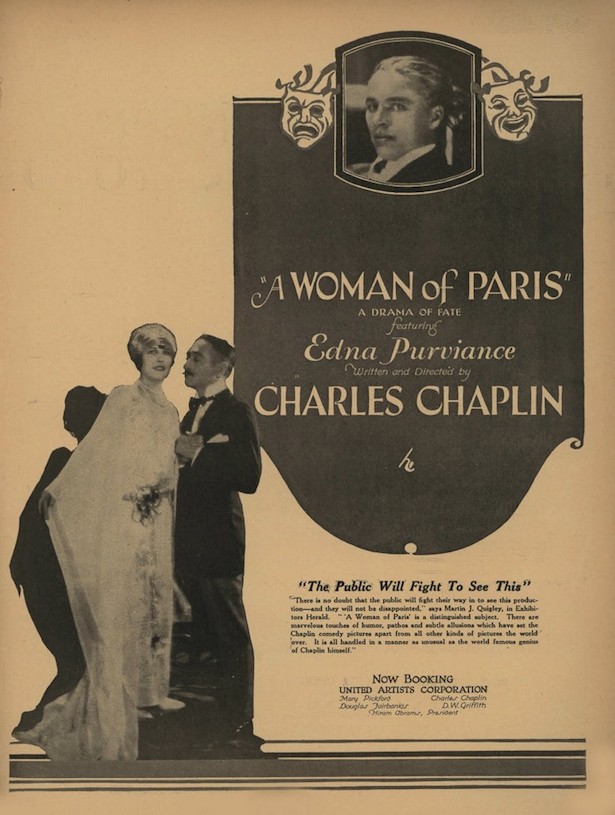 Alternate title:  A Woman Of Paris (A Drama Of Fate)

Charles Chaplin showed great range as director when he made this (financially disastrous) drama starring then-flame Edna Purviance, in which he does not himself star (though he does appear briefly as a porter). Purviance plays a young woman from the French countryside whose failed elopement with her doctor lover propels her to move to the big city of Paris and make it on her own.

Like most women in movies from this time, she makes it big in the shady racket of Molling, in this case becoming mistress to the wealthy Adolphe Menjou. Her former flame later moves to the city as well, and their reunion sparks a series of tragic events that lead to a bittersweet ending.

The healthy budget provides for terrific photography and wealthy sets and costumes, and while it is a less-than-riveting drama, mostly due to the familiarity that contemporary audiences will have with the story, it’s expertly directed by the ingenious Chaplin.