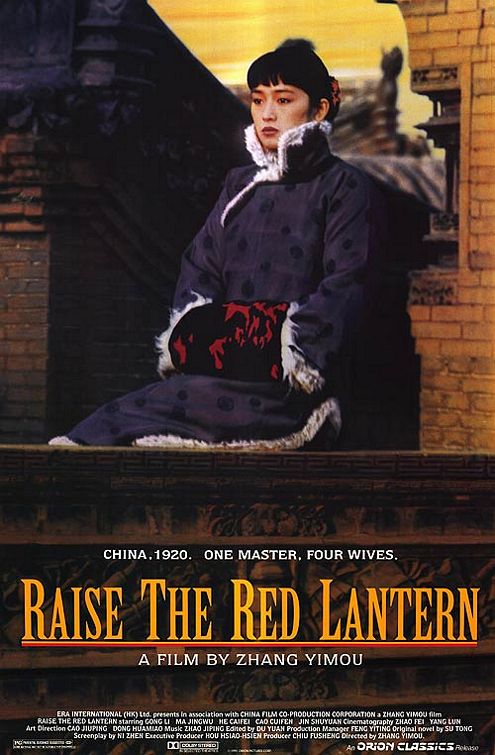 A young country girl (Li Gong) is sent to live in the mansion of a wealthy man to be his fourth wife. In this household, a red lantern is raised above the door of any one of the four wives to denote whom the master chooses to spend his evening with, and soon our heroine realizes that the process of getting the lantern above her door for as long as possible is a fight for status and survival. Her wits are sharpened when she meets her three rivals (all of whom are older than her) and is introduced to a world of Do or Die. Fantastic photography is just the starting point of this incredible journey, one highlighted by terrific acting, a brilliant script, and Yimou’s unwavering direction.