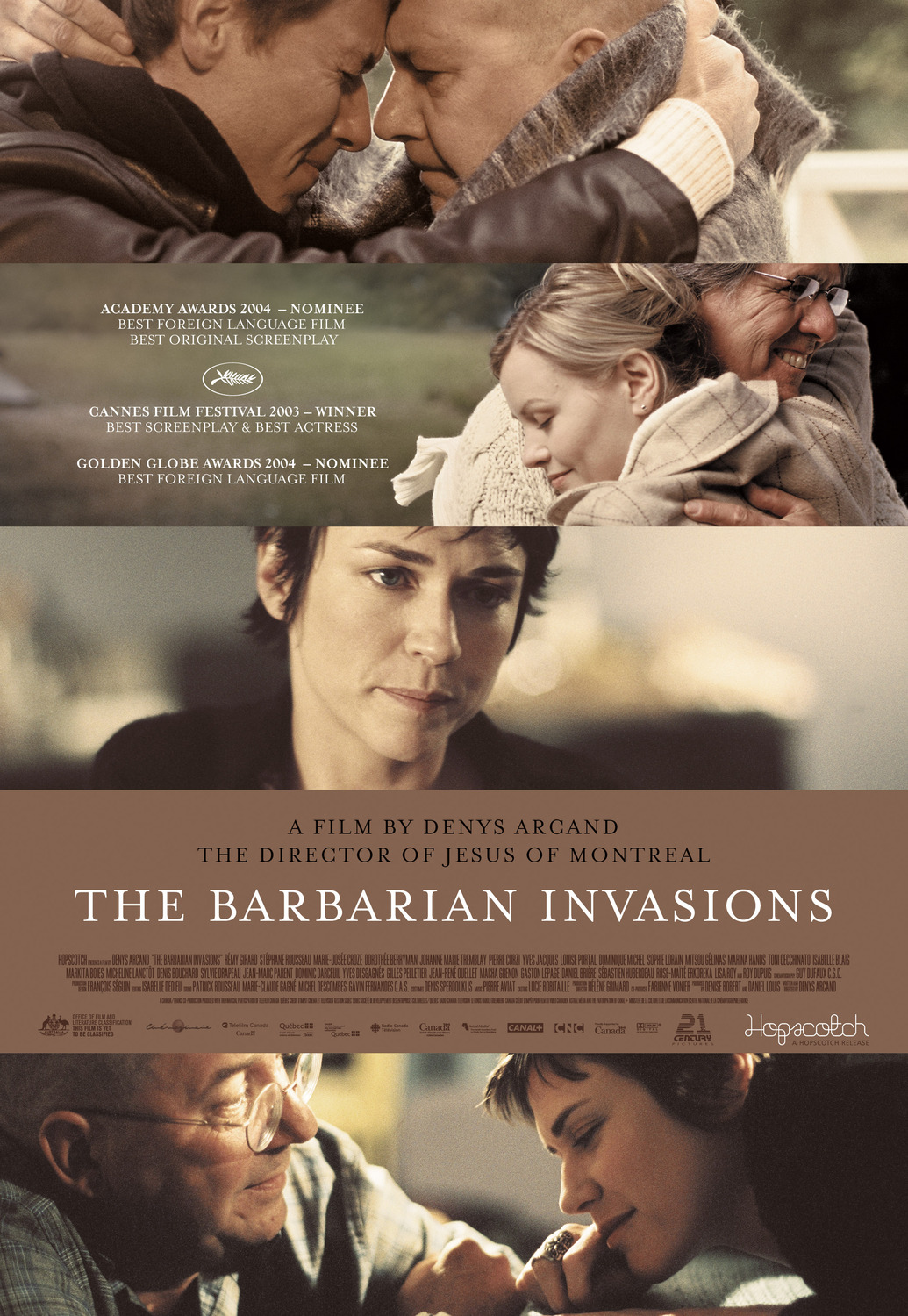 Almost twenty years after the release of his successful Decline of the American Empire, Quebec filmmaker Denys Arcand has returned with this excellent reunion of the main cast of characters, all of whom are just as opinionated, passionate and amiable as they were the first time around. The regrouping is motivated by one member of the group (Rémy Girard) being terminally ill, resulting in the ailing patient’s son (an excellent Stéphane Rousseau) bringing all of his father’s friends from around the world to be with him in his last hours. As in Decline, the characters engage in conversations that recall current events in French Canada, but those unfamiliar with many of the political references they make will still get much out of it. The film is a touching and beautifully layered portrait of lifelong friendship and vitality, one whose characters never acquiesce in their ambitions even as they move on towards the latter half of their lives. Performances are exceptional all around, with notable roles coming from Girard as the patient and Marie-Josée Croze as a heroin addict who helps him through his more painful moments.